What had he done?

Without reason I turned around.  There – propped against the refrigerator; blood still pouring out of the hole in her neck – was my Mother.  In her left-hand was a pen.  Her right hand held a carving knife.  She had bled out onto the hideous Christmas sweater that I bought for her the previous year.  It was a joke but she loved it and wore it as often as she could.  It was destroyed now.  Blood had caked up any thought of Christmas.  The only thing discernable was the jingle bell on the elf’s hat.  Her face was pale and lifeless.  Such a ridiculous thing to say, yet true.  Her eyes held my gaze and I thought for a moment that she was actually looking at me as if trying to tell me who had done this to her.  I stepped back and fell; not to my knees like in the movies but like I was a broken puppet that just had its strings cut.  I looked again at the pen in my mother’s hand.  Wrapped around the pen was a torn piece of paper.  I took it and read it.  Then I reached for my cell and called the police.  They were pronounced dead at the scene, like that really needed some genius attempt at on their part.  Double suicide were the words that were told to me.

I never went back to Chicago.  That life no longer held any joy.  I learned a few years later that Emma had got into some trouble with the local authorities and found herself doing 10 to 20 for possession of a controlled substance with intent to sell to a minor.  Nor did I stay in Tennessee.  I left – hoping not to ever love anything ever again.

Everything I touch turns to ash. 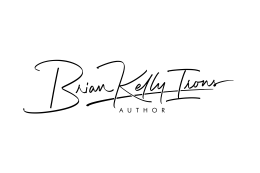