Those of you that know me are aware that I can become obsessed with the simplest idea.  Once that idea gets into my craw, it’s impossible to get rid of it until it leaves of its own accord.  Like having a bird trapped in your living room.  You could either kill it or open a window.  It will be the birds’ decision when to leave.

In this case however, the part of the bird will be played by a very controversial subject:  The Manson Family Murders.  Now, I try with much gusto not to give too much credit to the made-for-television docudrama that claims to shed new light on the subject.  But I’m always ha 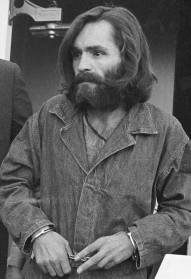 ppy to watch a good old Charlie Manson rave, so I chose to give this one a shot.  And usually the Nat Geo channel is fairly reputable.  But as the show trudged on like an out of tune squeeze box, I found that it was the same interviews, the same boring commentary, and the same crazy Charlie.

Still, there was something about this poorly edited 60-minute regurgitation that made me think.  The story that we all know and love is still there, but in actuality, there’s two stories.  There’s the truth and then there’s the convoluted dogma perpetrated by then L.A. County District Attorney, Vincent Bugliosi.  I have written about him in the past and it is not like me to speak ill of the dead but it is also not like me to sit back and shut my mouth even though my name has been called.

The crux of the story is as such; Manson – driven by hatred of the establishment for one reason or another, sets a handful of his followers on a two-day murdering rampage throughout laurel canyon, in the hills of Los Angeles.  Let’s cut this down shall we.  Manson murders, then blames it on the Beatles.  I will have to admit that the timing is a little coincidental.  The Beatles release their White Album some time before the events.  Let’s recap:  The Beatles – through their songs – told him to do it, they told him to start a race war where the blacks will rise up against the whites and Charlie will be the only one left to rule “from the bottomless pit.”  The only problem with this theory is that it’s a load of shit.  I read Helter Skelter too.  It’s marginal fiction at best.  Bugliosi feeds this line of crap to the public and we buy it like it’s going out of fashion.  In my opinion, he’s giving Manson way too much credit.  That’s quite an elaborate story for someone with less than an 8th grade education.  Bugliosi had quite an imagination.

Charlie was a two-bit criminal and an unsuccessful songwriter when he was finally released on the world in the mid 60’s.  With nothing but the torn clothes on his body and a guitar case in his hand, he hitchhiked through rural California.  He couldn’t believe his luck when he caught a ride from none other than Dennis Wilson.  He invited Charlie of to stay with him and Charlie enthusiastically played Dennis some of his songs, hoping to make it onto a Beach Boys record.  At first Dennis enjoyed the entertaining and loveable hobo.  He thought his music wasn’t bad so he introduced him to the famous record producer: Terry Melcher.

Manson recorded a 2-song demo with Melcher at his studio in Hollywood.  Manson had hoped that this demo would propel him to instant stardom.  Melcher however, had thought differently.  He didn’t believe that Manson had any talent at all and canceled the rest of Manson’s recording sessions.  Charlie went crazy.  He showed up at Melcher’s house, day after day; hoping for the chance to change Terry’s mind.  After some time, the door stopped being answered, the phone number was disconnected and Charlie was beside himself with rage.  He told Tex Watson that he would make him 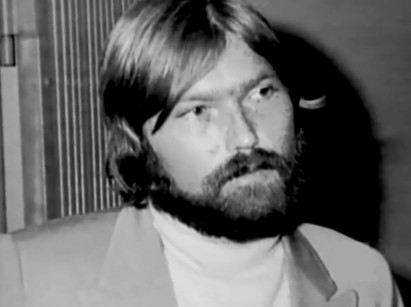 Remember people; Charlie knew nothing of how to cope with people on a civilized level.  All he knew was what he learned on the streets and what he was taught in jail.

So, Charlie plotted his revenge on Terry Melcher.  He gathered his disciples and instructed them intimately on what to do.  “Leave something witchy.”  He told them.  In other words, make the police and the public believe that it was so much more than just a revenge murder.  He told them this, then sent them on their way.  Charlie even remembered Melcher’s address.  It was 10050 Cielo Drive.  When Terry Melcher met Charlie, he was living at this address with his girlfriend Candice Bergen and their friend Mark Lindsay (The singer for Paul Revere & the Raiders).  However, during the time of the grisly murders, the residents of 10050 Cielo Drive were film director Roman Polanski and his pregnant wife Sharon Tate.

When he heard that they had not gotten to Melcher he informed them that they were to go back out again.  He had given them the wrong address.  But history will show that Charlie fucked up again, as he had most of his life.

To young Assistant DA Bugliosi, the truth was not very interesting.  He didn’t believe that the death of a world-famous record producer would sell very many books, but with the help of a few deranged Manson followers; he concocted the most ridiculous lie he could come up with.  This became the basis for his book Helter Skelter.

So, there you have it.  My obsession for the day.  Enjoy.